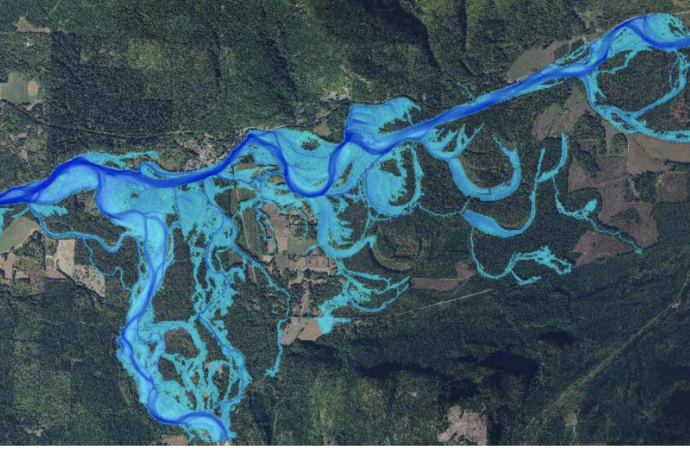 As part of its research work in support of the Barnaby Reach Project, the consulting firm Natural Systems Design studied water levels in the Skagit and Sauk Rivers and within the project area under flood conditions. By measuring water levels at various points, they developed models of what future floods might look like. Measurements from the flood we experienced in November, 2017, were used in developing the models.

Here are several photos and a link to a short video animation showing a model of a two-year flood event. The flood we experienced in November, 2017, was slightly higher than the two year model shows.

First, here is what the area looked like in September, 2017, when the rivers were running relatively low. Second, here is a model image of what the area looks like at the peak of an assumed two-year flood event. Now, here is a photo showing what a one-hundred-year flood event would look like. 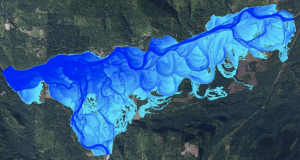 You may view a 45-second animated video of a two-year flood event by clicking here: