The Natural Resources Division of Skagit County Public Works has issued a draft Martin Road Feasibility Study. It relates to the potential erosion of Martin Road by the Skagit River. The county is asking for public comment on the report. Public comments are requested by June 30, 2016.

You can find links to the study here, including a link to a form for submitting comments electronically:

Here are four images from this study showing the shift of the Skagit River toward Martin Road since 1937. 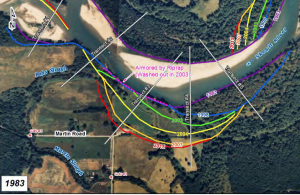 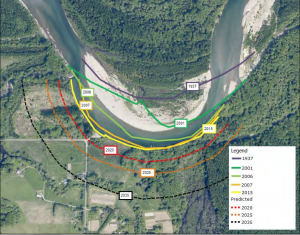